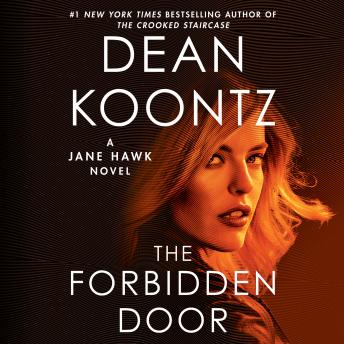 NEW YORK TIMES BESTSELLER • When this relentless rogue FBI agent comes knocking, her adversaries will have to answer—with their lives—in this thrilling Jane Hawk novel by the #1 New York Times bestselling author of The Silent Corner.

“Koontz continues the incredible saga of the robust character of Jane Hawk, and it’s as terrific as the others in the series.”—Associated Press

“We’re rewriting the play, and the play is this country, the world, the future. We break Jane’s heart, we’ll also break her will.”

She was one of the FBI’s top agents until she became the nation’s most-wanted fugitive. Now Jane Hawk may be all that stands between a free nation and its enslavement by a powerful secret society’s terrifying mind-control technology. She couldn’t save her husband, or the others whose lives have been destroyed, but equipped with superior tactical and survival skills—and the fury born of a broken heart and a hunger for justice—Jane has struck major blows against the insidious cabal.

But Jane’s enemies are about to hit back hard. If their best operatives can’t outrun her, they mean to bring her running to them, using her five-year-old son as bait. Jane knows there’s no underestimating their capabilities, but she must battle her way back across the country to the remote shelter where her boy is safely hidden . . . for now. As she moves resolutely forward, new threats begin to emerge: a growing number of brain-altered victims driven hopelessly, violently insane. With the madness spreading like a virus, the war between Jane and her enemies will become a fight for all their lives—against the lethal terror unleashed from behind the forbidden door.

Praise for The Forbidden Door

“Mind-blowing. . . [a] gripping series . . . a thrill ride. [Dean Koontz is] able to distract you for hours.”—Bookreporter

“Koontz is on another roll with a new series that boasts a juicy premise and a compelling star. . . . Pure gold.”—Booklist

Love the series and can’t wait for the next one.

Love it!! Can’t wait for the next book!!

Excellent read, imaginative description, cant wait to listen to the next book.

Great pacy books which keep on the edge of your seat, very well read with emphasis in all the right places. Really enjoying the series

Have blazed thru this series....fun , riveting

Another great addition to the series. Koontz has away of pulling you right into the story & won't let go. Well paced & great narration. Jane Hawk is a great character & to be fair, there's not a bad character yet. can't wait to start the final book

iink in not going to submit anything.

As I look back on the Jane Hawk series, "Forbidden Door" rises to the top because of its intensity.

Working my way through this series and this has been the most gory and violent to date. Im still hooked and need to know how it finishes.

I'm completely hooked to this series! The developments of the story are so 'out there' I just love it!

Really great book, have become totally engaged with the exploits of Jane Hawk. This book continues to keep you on the edge of your seat. Looking forward to hearing the next book. Another great Dean Kootz book.

Love this series! Can't wait for the next book!

Love this whole series, best ever.

Once again Me Koontz, you outdid yourself!! I started the Jane Hawk series on the second book of the series so I'm listening to The Hidden Window but I finish that book, I'll go back to listen to the first one. I'm to caught up in it right now to start at the beginning! Well narrated by Ms Rodgers! Well worth the hours of listening!

A good continuation of the previous book in the series. This story, however, seems overloaded with violence repeated in various scenarios. I had to listen in short bursts.

This book is very slow starting. I sent 4 hours and I could just not get into this. I may give it another try latter