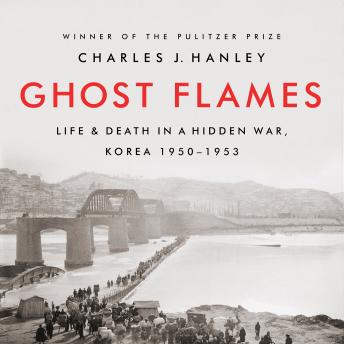 A powerful, character-driven narrative of the Korean War from the Pulitzer Prize-winning writer who helped uncover some of its longest-held and darkest secrets.
The war that broke out in Korea on a Sunday morning seventy years ago has come to be recognized as a critical turning point in modern history -- as the first great clash of arms of the Cold War, the last conflict between superpowers, the root of a nuclear crisis that grips the world to this day.
In this vivid, emotionally compelling, and highly original account, Charles J. Hanley tells the story of the Korean War through the eyes of twenty individuals who lived through it--from a North Korean refugee girl to an American nun, a Chinese general to a black American prisoner of war, a British journalist to a U.S. Marine hero.
This is an intimate, deeper kind of history, whose meticulous research and rich detail, drawing on recently unearthed materials and eyewitness accounts, bring the true face of the Korean War, and the vastness of its human tragedy, into a sharper focus than ever before. The 'forgotten war' becomes unforgettable.