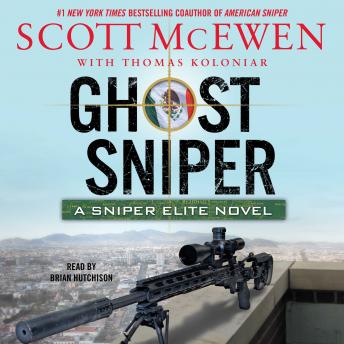 Bob Pope, the director of an American secret intelligence antiterrorism program, has lost contact with his most trusted operative, Navy Master Chief Gil Shannon, fearing him dead when a mission to take out a Swiss banker channeling funds to Muslim extremists goes awry.

Now an American politician and her team have been assassinated in Mexico City by the Ghost Sniper—an American ex-military gunman-for-hire employed by Mexico’s most ruthless drug cartel—and Pope must turn instead to retired Navy SEAL Daniel Crosswhite and brand-new Sniper Elite hero, ex–Green Beret Chance Vaught, in order to track down the Ghost Sniper and expose the corrupt officials behind this murderous international plot!

This title is due for release on July 12, 2016
We'll send you an email as soon as it is available!