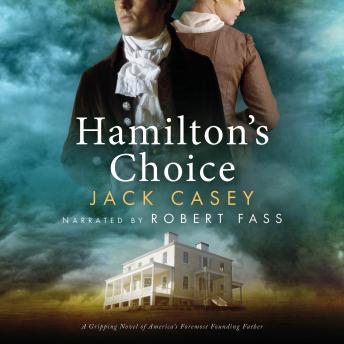 Set against the tumultuous backdrop of the founding era of a new nation, Hamilton's Choice chronicles the life and times of one of America's 'first men' and architect of a new country, Alexander Hamilton.

A poor, bastard orphan from the Caribbean, Hamilton rose to be one of the foremost leaders of a fledgling democratic republic. As one of the 'first men' of a new nation, Hamilton had many friends - and many more enemies, none more virulent than Vice President Aaron Burr.

The death of Hamilton's eldest son, Phillip, at the hands of Burr's political allies, sets Hamilton on an inescapable and tragic course, one that will shock the nation.

This is a tale of treachery, political intrigue, and heart-wrenching drama as an American hero is torn between love for his family and his commitment to his country.

This title is due for release on May 7, 2020
We'll send you an email as soon as it is available!