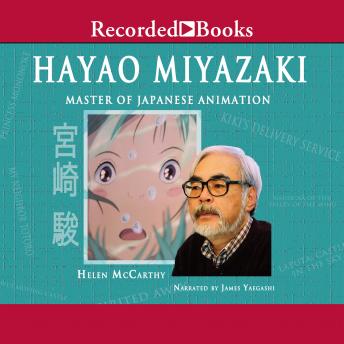 Oscar-winning director Hayao Miyazaki is the genius behind such animated classics as Princess Mononoke, Kiki's Delivery Service, and NausicaA of the Valley of the Winds. His bountiful imagination and compassion have earned him accolades the world over. Until the early 1990s, Miyazaki's work was largely unfamiliar to American audiences. But that would soon change, and now fans of all ages eagerly await new material from the master. Setting the bar high for quality animation, Miyazaki's films break all sorts of rules and push many of the boundaries common to Western animation. Often exploring very adult themes, Miyazaki's films challenge audiences while remaining supremely entertaining. Helen McCarthy presents this essential introduction to Miyazaki's life and films, providing character bios, plot outlines and critical analysis. Fans of anime, manga, or just animation in general will love this captivating look at a true genius. 'It is good at last to have a book in English about this master of film.'-Roger Ebert

This title is due for release on March 8, 2013
We'll send you an email as soon as it is available!