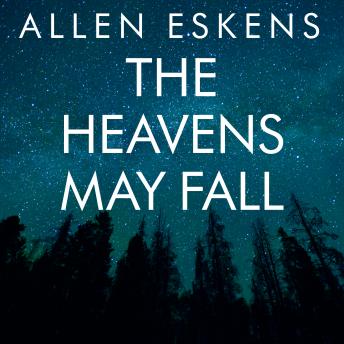 The Heavens May Fall

Detective Max Rupert's and attorney Boady Sanden's friendship is being pushed to the breaking point. Max is convinced that Jennavieve Pruitt was killed by her husband, Ben. Boady is equally convinced that Ben, his client, is innocent. As the case unfolds, the two are forced to confront their own personal demons.

Max is still struggling with the death of his wife four years earlier, and the Pruitt case stirs up old memories. Boady hasn't taken on a defense case since the death of an innocent client, a man Boady believes he could have saved but didn't. Now he is back in court, with student Lila Nash at his side, and he's determined to redeem himself for having failed in the past.

Vividly told from two opposing perspectives, the truth about the stunning death of Jennavieve Pruitt remains a mystery until the very end.

This novel has some interesting twists which is it's saving grace. I found it lacking in intellect and the character development strange. I do not recommend buying it if you are looking for a good courtroom drama, better read To Kill a Mocking Bird.

I am an avid crime and mystery watcher/reader and I loved this book. Just when I thought I had it figured out here came a twist! Love when I am out smarted. Would love to see this made into a movie.

I really enjoyed this book