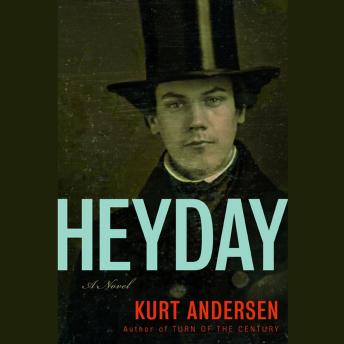 During one monumental month in 1848, gold is discovered in California, the United States wins its first foreign war, rebellion erupts throughout Europe, and an eager English gentleman named Benjamin Knowles plunges into love with the strong-minded New York actress and part-time prostitute Polly Lucking. He also meets her brother Duff, a dangerously damaged veteran of the Mexican War, and befriends the unforgettable Timothy Skaggs—journalist, daguerrotypist, mischief maker, stargazer.

As they set out on a wild, extraordinary transcontinental race west, lured by the prospect of easy wealth and new beginnings, they are unaware that a stranger bent on revenge shadows their every move.

This title is due for release on July 15, 2008
We'll send you an email as soon as it is available!