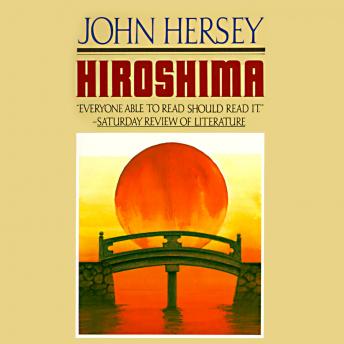 “One of the great classics of the war' (The New Republic) that tells what happened in Hiroshima through the memories of survivors—from a Pulitzer Prize-winning journalist.

On August 6, 1945, Hiroshima was destroyed by the first atom bomb ever dropped on a city. This book, John Hersey's journalistic masterpiece, tells what happened on that day. Told through the memories of survivors, this timeless, powerful and compassionate document has become a classic 'that stirs the conscience of humanity' (The New York Times).

Almost four decades after the original publication of this celebrated book, John Hersey went back to Hiroshima in search of the people whose stories he had told.  His account of what he discovered about them is now the eloquent and moving final chapter of Hiroshima.

First hand accounts of that fatal day and the years that followed .

Great book and very amazing reading! It is so interesting to hear about the victim’s point of view about what happened.