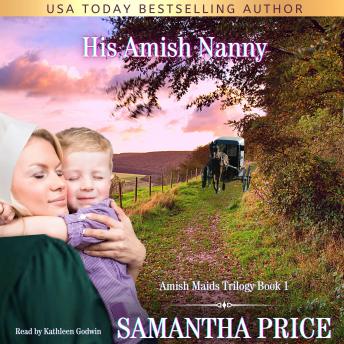 Olive Hesh doesn’t know it, but she’s about to give someone a terrible shock.

She was employed to be a nanny to two-year-old, Leo. The only thing is Leo’s father, Blake Worthington, doesn’t know an Amish girl is about to walk through his door.

Olive convinces Blake she can handle the job, but can she be around this wealthy and handsome Englisher every day without compromising her faith? Her best friend is falling for an Englisher, and she does not want to make the same mistake.

Blake’s mother has taken over his life once more. She insisted she could look after his son, and then she contacted an agency to find a nanny. He read their references and not one of them was suitable, but any of them would’ve been better than the dizzy, head-in-the clouds excuse for a nanny who showed up. The only reason he’s keeping her around is that his son adores her.

This title is due for release on November 1, 2019
We'll send you an email as soon as it is available!