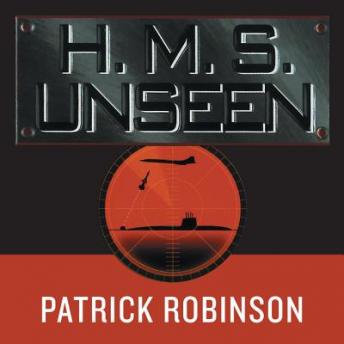 The most highly efficient and lethal underwater ship ever built, H.M.S. Unseen, vanishes into the depths while on a training mission, baffling British and American military intelligence including wily National Security Adviser Admiral Arnold Morgan. One year later, the Concorde, the world's safest and most secure domestic plane, disappears without a trace over the North Atlantic. Days later the brand new Starstriker jet vanishes. Both appear to be random inexplicable accidents until Air Force Three, carrying the vice-president of the United States, is blown from the sky. Morgan devises a chilling theory. Not only is Unseen still out there, but it's been modified to become the most dangerous anti-aircraft weapon at sea. And the admiral is convinced that only one man could have masterminded it: The world's most cunning'and reportedly dead'terrorist spy, Iraq's Commander Benjamin Adnam. But what Morgan doesn't know is that the fanatically religious military terrorist has a chilling agenda of his own'a plan that will bring these two intense warriors face to face. . . and only one will come out alive.Performed by David McCallum on four cassettes.

This title is due for release on November 23, 2004
We'll send you an email as soon as it is available!