The House of Tongues 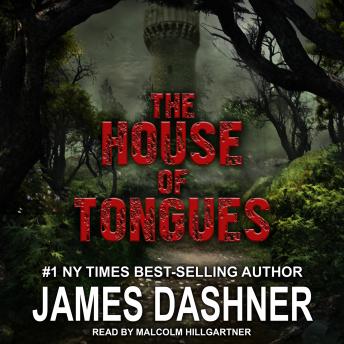 The author of the New York Times bestselling Maze Runner series leads us on a dark journey of generational horror as we visit The House of Tongues.

David Player has spent thirty years trying to forget the traumas of his childhood. The threats, the kidnappings, the murders. The imagined curses of a people born centuries earlier, passed from father to son, mother to daughter, generation to generation. Its climax came in human form, a monster of a man, one of the most notorious serial killers the nation has ever seen: Pee Wee Gaskins. And Gaskins had a particular hatred for the Player family, then for David, himself, who barely escaped those years with his own life intact.

Now David is back, his four children in tow, visiting his parents' home, a place he has learned to cherish despite the evils that haunted his younger days. But no sooner does he return than a stranger visits their doorstep, the son of Pee Wee Gaskins. In a terrifying display, right in front of the kids, the man utters threats until he chokes on his own tongue, sparking a series of events that drag David and his family back into the days of curses and murders, onto a path of unimaginable terror. That path leads to an old gothic tower in the woods, a place David had blocked from his memory, a house of horrors both past and present. The House of Tongues.

This title is due for release on October 21, 2021
We'll send you an email as soon as it is available!