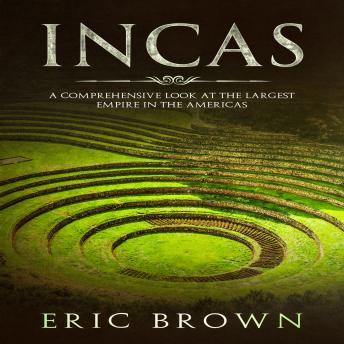 Incas: A Comprehensive Look at the Largest Empire in the Americas

Discover The Largest Empire In The Americas!
Have you always wanted to learn about the great Inca Empire, but your schoolteachers refuse to listen? Are you confused between Inca, Aztec, and Maya? Do you want to learn how the Inca people were unique from their Mesoamerican predecessors? Could you even draw the Inca Empire on a map?
All this and more will be covered within the pages of Incas: A Comprehensive Look at the Largest Empire in the Americas.
Their history is a relatively short, but vibrant and dynamic story with an ending so tragic, your favorite fantasy author couldn't have come up with it himself. So little is taught of the native cultures of the Western Hemisphere in schools today, as curriculums lean on the exploits of Rome and Britain.
From its founding in the 1300s, the Inca Empire lasted roughly twelve generations. In just that time, it accomplished what other civilizations took centuries to achieve. Learn about the effective expansionist policy of the Inca, and how they maximized profits by leaning on clever marketing tactics instead of war.
Learn how downfall came at the hands of the Spanish conquerors, who came with guns and steel and plague. Like the meteor that killed the dinosaurs, the invaders were an extinction-level event that the Inca had no way of preparing for. See how unmatched they were in strategy, technology, and how their far superior numbers meant nothing in the end.
Learn what remains of their great civilization, what influence they had over the following course of history and See how they even had an effect on the soda you drink...
Inside you will find:
How an empire grew from such humble, and hostile, beginnings
The geographic location of the Empire
The incredible natural odds the Incan people overcame
Society, government, and other everyday practices
An in-depth look at the Incan gods
The terrible Civil War
And more...
Don't wait another moment to enjoy from this information - Get your copy of Incas right away!