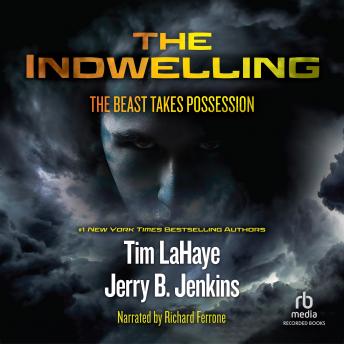 The Indwelling: The Beast Takes Possession

With tens of millions of copies in print, the Left Behind books are the fastest-selling series of all time. Creating a thrilling scenario of the end times upon planet Earth, with the ultimate battle between good and evil being waged, the series combines Biblical prophecy with current events. It has been three and a half years since the Rapture took up the bodies of the innocent to Heaven. The prophecies foretell that this is the point when the seven-year Tribulation shall become the Great Tribulation, with the forces of evil tightening their grip on humanity in preparation for the final battle. As the world mourns the death of a renowned leader, the Tribulation Force looks for the next predicted sign - that Satan will take possession of the Antichrist and raise him from the dead! Narrator Richard Ferrone gives a rugged, suspenseful reading to this action-packed continuation of a series that includes such thrilling titles as Left Behind and Assassins.

I really enjoy the Left Behind series! I'v read it and I've listened to it...and eventually I'll probably read it again!

The Indwelling was a great listen it had me on the edge of my seat and wanting more all the way through the book. Jerry B Jenkins and Tim Lahaye really did a superb job in bringing The Book of Revelations to life. Richard Ferrone also did a superb job in narrating he brought the book To Life.

maybe my favorite book of the entire series! Must read!

I like this narrator a lot! I actually look for him. Love the inflection in his voice!

This title is due for release on December 4, 2003
We'll send you an email as soon as it is available!