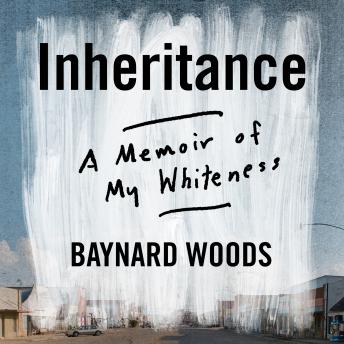 Inheritance: An Autobiography of Whiteness

Baynard Woods thought he had escaped the backwards ways of the South Carolina he grew up in, a world defined by country music, NASCAR, and the confederacy. He’d fled the South long ago, transforming himself into a politically left-leaning writer and educator.

Then he was accused of discriminating against a Black student at a local university. How could I be racist? he wondered. Whiteness was a problem, but it wasn’t really his problem. He taught at a majority Black school and wrote essays about education and Civil Rights.

But it was his problem. Working as a reporter, it became clear that white supremacy was tearing the country apart. When a white kid from his hometown massacred nine Black people in Charleston, Woods began to delve into his family’s history—and the ways that history has affected his own life.
When he discovered that his family—both the Baynards and the Woodses—collectively claimed ownership of more than 700 people in 1860, Woods realized his own name was a confederate monument. Along with his name, he had inherited privilege, wealth, and all the lies that his ancestors passed down through the generations.

In this gripping and perceptive memoir, Woods takes us along on his journey to understand how race has impacted his life.  Unflinching and uninhibited, Inheritance explores what it means to reckon with whiteness in America today and what it might mean to begin to repair the past.

This title is due for release on June 28, 2022
We'll send you an email as soon as it is available!