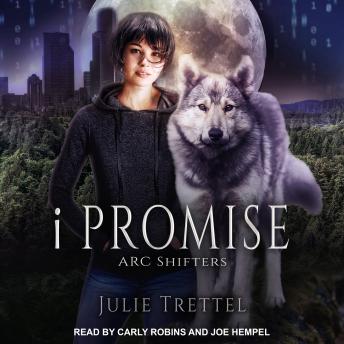 Jackson Holt is about to graduate college, but he isn't ready to grow up just yet. He hasn't realized his dreams of being a gaming designer. He knows once he leaves the ARC, that dream might as well be flushed down the toilet. His parents were ready for him to come home and take on a real job within the Pack. Something respectable and boring that he would do almost anything to rebuke.

He's already added a fifth year for his undergraduate degree, but his time at the ARC is closing fast.

A chance encounter online late one-night pairs him with a team featuring his biggest gaming rival. The team needs an extra player for the big upcoming National Gaming Championship. The one he failed to qualify for on his own. The very one he had tickets for in hopes to pitch one of his games. When he agrees to join them, he doesn't know his life is about to change forever, in more ways than one.

Tobi Black has lived a sheltered life. Leaving her pack's territory for the first time is scary, but something she has to do. This was her chance to shine and prove to herself and others that she was good enough to play with the best of the best in the gaming community.

Wonderful series. I love ARC and Julie Trettel hits another home run with Tobi and Jackson's story. The narrators as always are amazing!