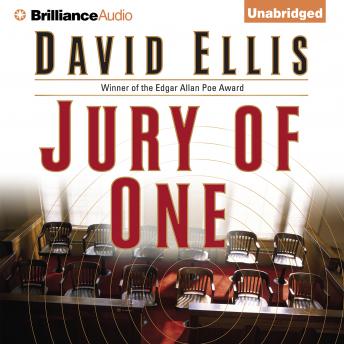 In Jury of One, Shelly Trotter, an able and determined lawyer and a children’s rights advocate, is thrust into a world in which she’s completely unschooled — the criminal court. Her client is a seventeen-year-old accused of killing a policeman, and she begins to suspect that he may have been involved in an undercover operation to entrap dirty cops, though his role in the scheme remains unclear. Was he the target or the bait—and what does the prosecution really have against him?Then comes the shocker: Shelly fears that she has a connection to this boy, something she has kept secret for years, knowledge that she has hidden from her family and friends for most of her adult life. And as the evidence against the boy mounts, she finds that nothing—not legal ethics, not a statewide political campaign that could swing in the balance—will stop her from keeping him off death row. For with this client, she is truly a jury of one.