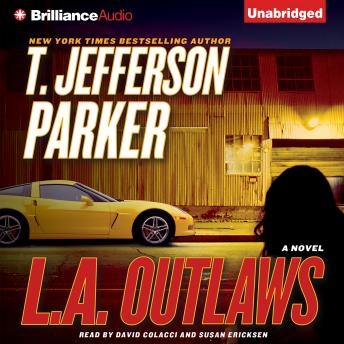 For fans of Michael Connelly and CJ Box, here is the first thrilling adventure in the Charlie Hood series from New York Times bestseller and Edgar-award winner T. Jefferson Parker, now featuring an excerpt from his novel The Room of White Fire.

In this town, it pays to be bad…

Allison is an L.A. celebrity, a folk hero, and a modern-day Jesse James who loves a good armed robbery. She has a compulsion to steal, a knack for publicity, and the conscience to give it all to charity. In fact, one of her biggest fans is a cop. And no one’s ever been hurt—until last night. Now she and the rookie deputy are on the run for their lives.

This title is due for release on February 5, 2008
We'll send you an email as soon as it is available!