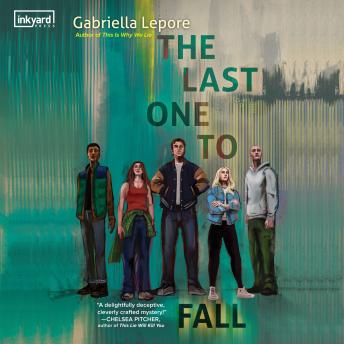 The Last One to Fall

Savana Caruso and Jesse Melo have known each other since they were kids, so when Jesse texts Savana in the middle of the night and asks her to meet him at Cray’s Warehouse, she doesn’t hesitate. But before Savana can find Jesse, she bears witness to a horrifying murder, standing helpless on the ground as a mysterious figure is pushed out of the fourth floor of the warehouse.

Six teens were there that night, and five of them are now potential suspects. With the police circling, Savana knows what will happen if the wrong person is charged, particularly once she starts getting threatening anonymous text messages.

As she attempts to uncover the truth, Savana learns that everyone is keeping secrets—and someone is willing to do whatever it takes to keep those secrets from coming to light.

This title is due for release on May 9, 2023
We'll send you an email as soon as it is available!