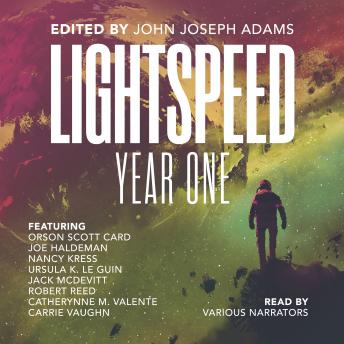 Lightspeed: Year One compiles fiction published by the online science fiction magazine Lightspeed in its first year. Produced by Skyboat Media, and under the direction of Grammy and Audie Award–winning narrator and producer Stefan Rudnicki, the Lightspeed podcast features audiobook-style recordings of the stories published each month in Lightspeed.