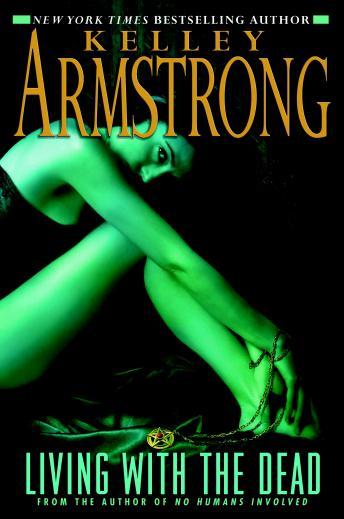 Living with the Dead

#9 of The Women of the Otherworld Series

Smart, sexy, and supernatural, the men and women of the Otherworld—a realm of witches, ghosts, and werewolves—live unseen among us. For the most part, mere mortals never suspect their existence … and that's the way they want it. But now a reckless killer has torn down the wall between our worlds, trapping one very vulnerable—and very mortal—woman in the supernatural cross fire.

Robyn Peltier moved to Los Angeles shortly after her young husband's sudden and unexpected death. Her hope was that her hectic new life as the PR consultant to a spoiled celebutante would provide a distraction from her grief. But when her client is murdered, Robyn finds herself on the run as the prime suspect. And as more bodies pile up around her, it seems only her friend, tabloid journalist Hope Adams, is on her side.

But Hope and her somewhat spooky boyfriend Karl know it's just a matter of time before Robyn is caught, for she's gotten herself in the middle of a turf war between two Otherworld races who'll spill any amount of blood—human and inhuman—to protect what they consider theirs for eternity. The only way Hope can save her friend is by letting her enter a world she's safer knowing nothing about.

Horrible narroration!! Horrible!!! Horrible!!!! will never listen to Jen Taylor narrorate a book again. Every character sound like teenage kids. the book was good but the narration was just killing it slowly. I loooove Kelley Armstrong other world series but its hard to take an adult love life and romantic moments serious when they sound like they are 12 years old

This title is due for release on November 1, 2008
We'll send you an email as soon as it is available!