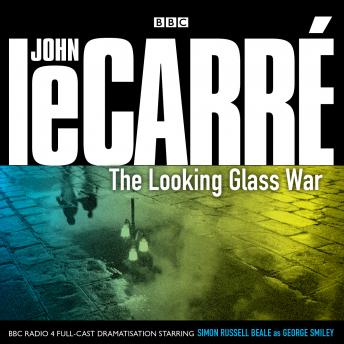 George Smiley is one of the most brilliantly realised characters in British fiction. Bespectacled, tubby, eternally middle-aged and deceptively ordinary, he has a mind like a steel trap and is said to possess ‘the cunning of Satan and the conscience of a virgin’. When word reaches 'The Department' - an ailing section of British intelligence - that Soviet missiles are being installed close to the West German border, it seems the perfect opportunity to show Control and Smiley, their rivals over at the Circus, that The Department still has value. Former spy Fred Leiser is lured back from retirement to investigate, and manages to cross the border into East Germany in a dangerous night-time operation. But the world has changed since The Department's glory days during the Second World War. The harsh realities of the Cold War now prevail, and there is no place for heroes... Starring the award-winning Simon Russell Beale as Smiley, and with a distinguished cast including Ian McDiarmid and Philip Jackson, this compelling dramatisation perfectly captures the atmosphere of le Carré's chilling novel of deception and betrayal.

This title is due for release on October 1, 2009
We'll send you an email as soon as it is available!