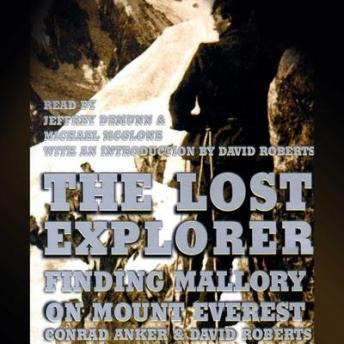 On June 8, 1924, George Leigh Mallory and Andrew Irvine disappeared somewhere near the summit of Mount Everest, leaving open the tantalizing question of whether they had reached the summit of Everest twenty-nine years before Edmund Hillary and Tenzing Norgay. In 1999, climber Conrad Anker discovered Mallory's body on Everest and helped solve one of the greatest mysteries in the history of adventure and exploration. In The Lost Explorer, Anker and historian David Roberts craft a dramatic account of the expeditions of 1924 and 1999, and ultimately capture the passion and spirit of two men driven to test themselves against nature at its most brutal.

This title is due for release on July 1, 2004
We'll send you an email as soon as it is available!