The Lufthansa Heist: Behind the Six-million Dollar Cash Haul That Shook the World 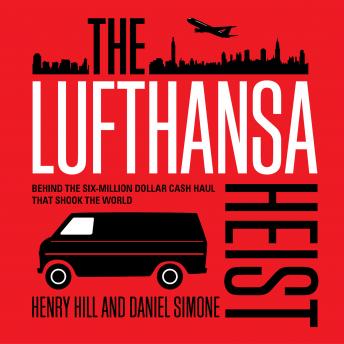 On December 11th, 1978, a daring armed robbery rocked Kennedy Airport, resulting in the largest unrecovered cash haul in world history, totaling six million dollars. The perpetrators were never apprehended and thirteen people connected to the crime were murdered in homicides that, like the crime itself, remain unsolved to this day. The burglary has fascinated the public for years, dominating headlines around the globe due to the story's unending ravel of mysteries that baffled the authorities. One of the organizers of the sensational burglary, Henry Hill, who passed away in 2012, in collaboration with Daniel Simone, has penned an unprecedented 'tell-all' about the robbery with never-before-unveiled details, particulars only known to an insider.

In 2013, this infamous criminal act again flared up in the national news when five reputed gangsters were charged in connection to the robbery. This latest twist lends the project an extraordinary sense of timing, and the legal proceedings of the newly arrested suspects will unfold over the next year, continuing to keep the Lufthansa topic in the news.

Lufthansa Heist: Behind the Six-million Dollar Cash Haul That Shook the World

This title is due for release on August 1, 2015
We'll send you an email as soon as it is available!