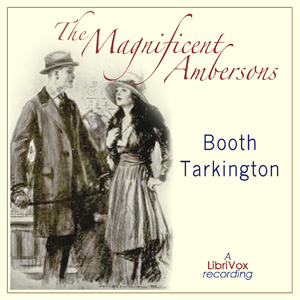 In a world where a gentleman's life is defined more "by being, rather than by doing," a family's reputation can be compromised if it is not guarded carefully, and the sole heir of the Amberson family is proving himself to be a difficult person. Expected by the family to carry on its proud traditions, George Amberson Minafer is trusted implicitly. But though rich relatives provide the elegant suits, the handsome young man who wears them is filled with little but appearances. And this happens in spite of, or perhaps, because of, his mother's selfless love that places him above her own happiness. As George's uncle perceptively remarks, "life and money both behave like loose quicksilver in a nest of cracks." With the new automobile industry transforming fortunes and coal heat transforming city air into sooty clouds, anything that stands still is apt to be run over, or at least begrimed. What is magnificent about the Ambersons is their faithful reliance on old money and old ways in a world changing rapidly around them. Or perhaps it is the magnificence of the train-wreck created when George's relatives, with the best intentions, shield him from the new realities and defer to all his wishes. Booth Tarkington's most popular novel, "The Magnificent Ambersons", will continue to draw readers for its well-crafted portraits of what existed for just a short while - the MidWestern aristocracy.