A Match Made in Texas 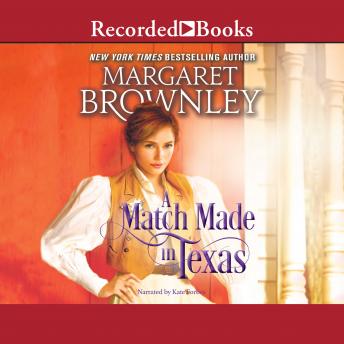 Amanda Lockwood gets more than she bargained for when she's elected Two-Time's first female sheriff. Anxious to prove her distractors wrong about a woman's inability to serve, she sets out to stop the crime wave that plagues the town. Trouble begins when she saves suspected killer Jake Barrett from a lynch mob. Commonsense says he's guilty, but her heart tells her otherwise. Things sure don't look good for Jake. He's accused of killing the man who killed his wife and has no way of proving his innocence. If he doesn't convince the pretty sheriff to let him go he will soon be keeping company with the daisies. But his plan to win her over backfires when he falls head over heels. Now he much choose between freedom--or saving the woman he loves.

Match Made in Texas