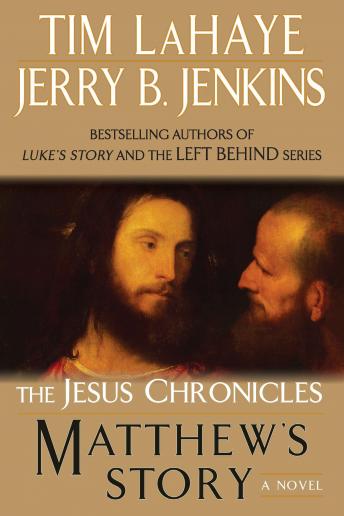 #4 of The Jesus Chronicles

The new novel in the Jesus Chronicles, the bestselling series from the authors of the Left Behind novels.

Levi was studying to be a priest, but when an unspeakable tragedy befalls his family, he turns his back on his faith and decides to pursue riches and luxury instead. He becomes a tax collector, disappointing his family and reviled by Jews and Romans alike. And although he is a success, his chosen trade does not bring him contentment. When he hears about Jesus, the man who some are saying is the prophesied Messiah, he begins a quest that leads him to question his very existence. As he follows Jesus and records His words and deeds, Levi is shaken to the core and transformed. Renamed 'Matthew' by Jesus—literally 'gift from God'-he is called to give up his work and his worldly possessions and claims Jesus as his Lord.

Matthew's Story is a novel that brings to life the most unlikely of apostles—a sinner-turned-saint-and his time with the Lord. Thrilling and uplifting, Matthew's Story shows how the true Messiah changed the life of one man, and forever altered the course of history.

This title is due for release on February 18, 2010
We'll send you an email as soon as it is available!