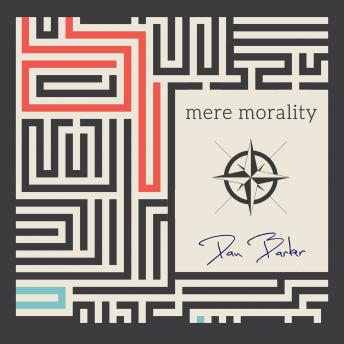 What drives us to be good? How do we even know how to be good? Philosophers and theologians have dealt with such questions for millennia, but Dan Barker thinks the answers are not so complicated. In Mere Morality, he argues there's no need to appeal to supernatural commandments or the fear of some higher power when considering morality. Stripping "good" and "evil" down to the basics, he offers a simple compass for navigating life's most difficult moral and ethical dilemmas."Former pastor Dan Barker's eloquent and subtle antidote to Mere Christianity shows us by example how a very good person can get along fine without religion, inspiring others, accomplishing great works, and having a lot of fun in the bargain." -Daniel C. Dennett, University Professor and Austin B. Fletcher Professor of Philosophy at Tufts University"Dan Barker's Mere Morality is a potent riposte to C. S. Lewis' Mere Christianity, a book much beloved by Christian apologists. Barker exposes the myriad of biblical practices that could be deemed immoral today, especially because so much of the Bible was written within a master-slave view of the world. Mere Morality offers a real-world view of morality grounded in behavioral biology, reason, and law." -Hector Avalos, author of Fighting Words: The Origins of Religious Violence