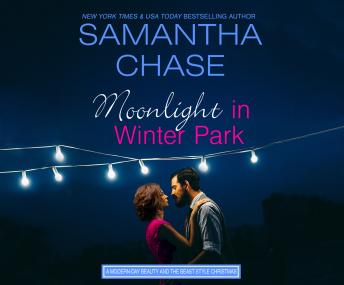 All Hope Cooper needed this year was to have the kind of Christmas her family always cherished. But with her parents gone and her only brother having to work, it doesn't look like it's going to work out for her. There's nothing she can do about her parents, but she most certainly can voice her annoyance at her brother's boss for making him work out of town all through the holidays. Beckett James hates the holidays and everything that goes with them. They were important at one time, but now the only thing that matters is his company and its continued growth, and anyone who works for him better feel the same way. If not, they can find employment elsewhere-and good riddance. With a major expansion deal on the line, Beckett needs to focus. What he doesn't need is Hope to come barging into his mountain retreat demanding that her brother come home immediately due to an emergency. Suddenly it's two alone in a snowstorm. Two alone for Christmas. And two alone to fight an attraction that had been there all along. Hope begins to realize that she may have misjudged Beckett, and he comes to see that there really is something special and magical about Christmas. But once they leave their private winter wonderland and return to their normal lives, will the magic still be there?

This title is due for release on May 13, 2019
We'll send you an email as soon as it is available!