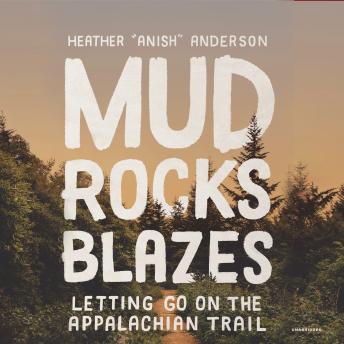 Following her bestselling memoir, Thirst, here is the next step in Heather "Anish" Anderson's adventurous life journey-one of deep emotion and self-discovery

Despite her success setting a self-supported Fastest Known Time record on the Pacific Crest Trail in 2013, Heather "Anish" Anderson still had such deep-seated insecurities that she became convinced her feat had been a fluke. So two years later she set out again, this time hiking through mud, rocks, and mountain blazes to crush her constant self-doubt and seek the true source of her strength and purpose.

The 2,189 miles of the Appalachian Trail, from Maine to Georgia, did not make it easy. Anderson struggled with its infamous rain, humidity, insects, and steep grades for fifty-four days. But because she had to fight for every step, she knew when she reached the summit of Springer Mountain, the AT's southern terminus, that she had fully earned the trail. Of greater value, she learned to love herself and her body, and to feel the depth of her power. Examining emotional scars as well as her relationship with her mother, Anderson's deeply internal yet highly physical journey in Mud, Rocks, Blazes is an essential story.

This title is due for release on May 31, 2021
We'll send you an email as soon as it is available!