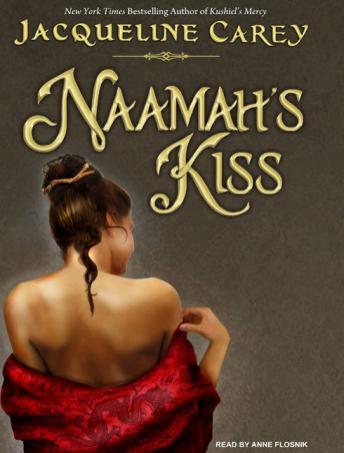 Once there were great magicians born to the Maghuin Dhonn, the folk of the Brown Bear, the oldest tribe in Alba. But generations ago, the greatest of them all broke a sacred oath sworn in the name of all his people. Now, only small gifts remain to them. Through her lineage, Moirin possesses such gifts-the ability to summon the twilight and conceal herself, and the skill to coax plants to grow.

Moirin has a secret, too. From childhood onward, she senses the presence of unfamiliar gods in her life: the bright lady and the man with a seedling cupped in his palm. Raised in the wilderness by her reclusive mother, it isn't until she comes of age that Moirin learns how illustrious, if mixed, her heritage is. The great-granddaughter of Alais the Wise, child of the Maghuin Donn, and a cousin of the Cruarch of Alba, Moirin learns her father was a D'Angeline priest dedicated to serving Naamah, goddess of desire.

After Moirin undergoes the rites of adulthood, she finds divine acceptance...on the condition that she fulfill an unknown destiny that lies somewhere beyond the ocean. Or perhaps oceans. Beyond Terre d'Ange where she finds her father, in the far reaches of distant Ch'in, Moirin's skills are a true gift when facing the vengeful plans of an ambitious mage, a noble warrior princess desperate to save her father's throne, and the spirit of a celestial dragon.

This title is due for release on July 9, 2009
We'll send you an email as soon as it is available!