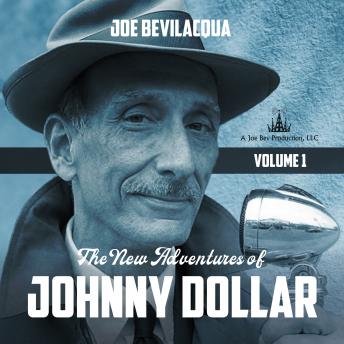 The original Yours Truly, Johnny Dollar was a radio drama that aired on CBS Radio from February 18, 1949 to September 30, 1962.

The best known incarnation was with Bob Bailey starring in “the transcribed adventures of the man with the action-packed expense account—America’s fabulous freelance insurance investigator.” There were 809 episodes, plus two not-for-broadcast auditions, in the twelve-year run, and more than 720 still exist today out of 886 total performances.

This title is due for release on January 2, 2019
We'll send you an email as soon as it is available!