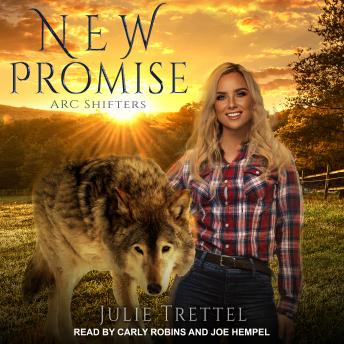 He's made it clear I'm not what he wants. I'll do whatever it takes to change his mind. I'm a wolf not a chicken shifter.

Jessie Parker rang in the new year with a bang, or at least that's how it felt when she saw her one true mate for the very first time. Then, he ghosted her.

For the last year she has done everything possible to avoid being home. The ARC has been her safe haven, but there's no way her parents will let her escape coming home for the holidays. Problem: Collier Pack is way too small to think she won't cross paths with him again and she's not sure her heart can survive another rejection.

Tim Smith is a halfbreed. While his brothers all got their wolves, his never surfaced. When he sees Jessie for the first time, he feels a strong attraction to her. Over the last year that attraction has turned into a full-blown obsession.

He knows she's home on winter break. He's trying to stay away, but the pull to be near her is more than he can handle. When a series of events brings them face to face once more, they will have to confront whatever this thing is between them.

Jessie says he's her one true mate. But Tim knows that's impossible. Or is it?