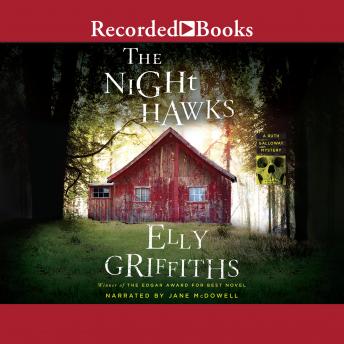 Ruth Galloway is suspicious of amateur archaeologists, but when a group of them stumbles upon Bronze Age artifacts alongside a dead body, she finds herself thrust into their midst-and into the crosshairs of a string of murders circling ever closer. Ruth is back as head of archaeology at the University of North Norfolk when a group of local metal detectorists-the so-called Night Hawks-uncovers a Bronze Age hoard on the beach near a recently deceased body, just washed ashore. Not long after, the same detectorists uncover the apparent murder-suicide of a scientist and his wife at their farmhouse, long thought to be haunted by the Black Shuck, a humongous black dog and a harbinger of death. The further DCI Nelson probes into both cases, the more intertwined they become. And the more they point to David Brown, the new lecturer Ruth has recently hired, who seems always to turn up wherever Ruth goes.