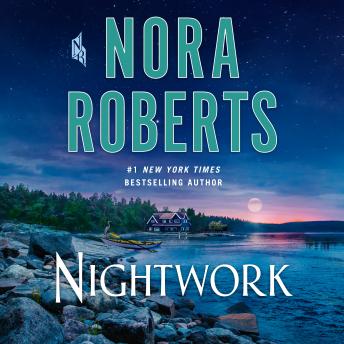 Harry Booth started stealing at nine to keep a roof over his ailing mother’s head, slipping into luxurious, empty homes at night to find items he could trade for precious cash. When his mother finally succumbed to cancer, he left Chicago—but kept up his nightwork, developing into a master thief with a code of honor and an expertise in not attracting attention?or getting attached.

Until he meets Miranda Emerson, and the powerful bond between them upends all his rules. But along the way, Booth has made some dangerous associations, including the ruthless Carter LaPorte, who sees Booth as a tool he controls for his own profit. Knowing LaPorte will leverage any personal connection, Booth abandons Miranda for her own safety—cruelly, with no explanation—and disappears.

But the bond between Miranda and Booth is too strong, pulling them inexorably back together. Now Booth must face LaPorte, to truly free himself and Miranda once and for all.

This was one of her best… loved it!

One of Nora best

We’ll written - interesting story - good dialogue - some of it was a bit “far-fetched” but I guess that’s why we read books…to imagine things that might be just beyond what reasonable logic dictates.

Not her greatest work. Repetitive phrasing, predictable plot, missing the NR spark that I love.

Excellent story & incredible narration. Highly recommend this novel. I cried & laughed while reading it & did the same when listening to the story.

Started out pretty good but by the second half became too long and predictable.

Ok but too long

one of her Best books she has written, and I have read all of her JD Robb series and most of her other books..so hundred+. it was well written, the characters were rich and vibrant and the storyline was just captivating and kept you riveted. I really enjoyed this immensely. Fantastic plot and well read by the narrator!

Starts out really good but dominating female turns the once interesting main character into a whipped smear of goo. I kept hoping for an amazing twist at the end but no.

I love Nora Roberts books and this one is great!

It was a great story. But I had to listen to the ending multiple times. I didn’t get the final scam and how Booth didn’t get caught. Would love for someone to explain it to me!!!

This title is due for release on May 24, 2022
We'll send you an email as soon as it is available!