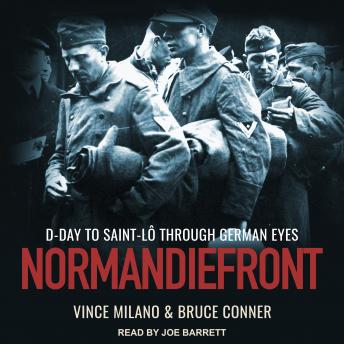 Based on firsthand testimony, this is the story of how one German division changed the course of the invasion, and almost the war, featuring previously unpublished photographs from participants.

In the cold morning of June 6, 1944, thousands of German soldiers were in position from Port en Bessin eastward past Colleville on the Normandy coast, aware that a massive invasion force was heading straight for them, although according to Allied Intelligence, they shouldn't have been there. The presence of 352 Division meant that the number of defenders was literally double the number expected-and on the best fortified of all the invasion beaches. This infantry division would ensure the invaders would pay a massive price to take Omaha Beach. There were veterans from the Russian front among them and they were well trained and equipped. What makes this account of the bloody struggle unique is that it is told from the German standpoint, using firsthand testimony of German combatants. There are not many of them still alive and these accounts have been painstakingly collected by the authors over many years . . .