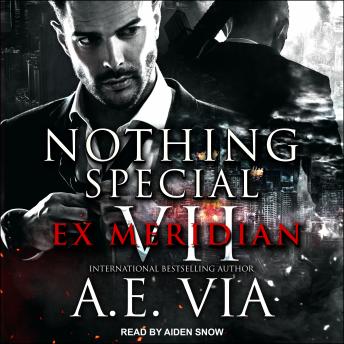 Take a man and strip him of his ability to feel compassion, empathy, remorse, or any of the emotions that make him human, but leave the ones that ignite rage and aggression and you have the perfect killing machine-now imagine two of them.

Code names Ex and Meridian are synonymous for 'guaranteed death' to international terrorists. Two broken men from the same crooked streets, recruited into an unsanctioned government program that few know about. Trained to operate most efficiently-lethally-together.

When Ex returns from an op in Bolivia to learn his little brother has been accidentally killed in a feud between drug gangs, he's stateside before he can consider the rules he'll be breaking, and of course Meridian is right beside him. There's mayhem on the streets of Atlanta and the police are losing control. If Godfrey and his elite team of detectives can't get the job done, then they'd be happy to lighten their caseloads for them. And neither Ex nor Meridian cares about doing it quietly.