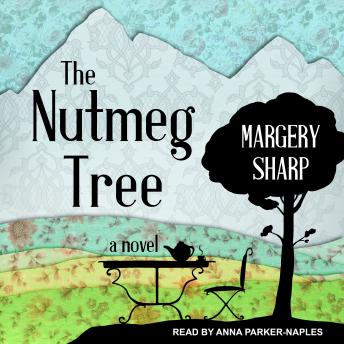 The Nutmeg Tree: A Novel

Julia Packett has barely laid eyes on her daughter, Susan, since leaving her with her well-heeled in-laws following the loss of her husband in World War I. Now thirty-seven, Julia's lack of prospects hasn't dimmed her spirit or her appetite for life. But when Susan asks her to come to France for the summer to persuade her grandmother to allow her to marry, she sets sail with the noblest intentions of acting the paragon of motherhood.

At her mother-in-law's vacation villa in Haute Savoie, however, Julia sees that her priggish but lovely daughter is completely mismatched with a man much more suited to herself: a charming, clever playboy. The arrival of Susan's legal guardian, the distinguished Sir William Waring, further complicates the situation.

Soon Julia's efforts to pass herself off as a lady and secure her daughter's happiness spin out of control, leading to romantic entanglements and madcap adventures that will challenge preconceived notions about the ultimate compatibility of any two people who fall in love.