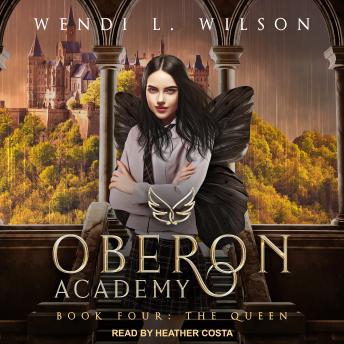 Eventually, you have to face your fear and destroy the monsters before they destroy you.

After so many surprises and truths revealed, December just wants her life to settle down into some sort of normalcy. She has a place at Oberon Academy, an amazing boyfriend, and for the very first time, a real family.

But when tragedy strikes at the academy, her life threatens to spiral out of control once again. One by one, the threads of the normal life she'd hoped for unravel, leaving her drowning in a sea of uncertainty.

When one of her own is taken by the Zephyr queen, December must take action.

The time for normalcy is over. It's time for war.