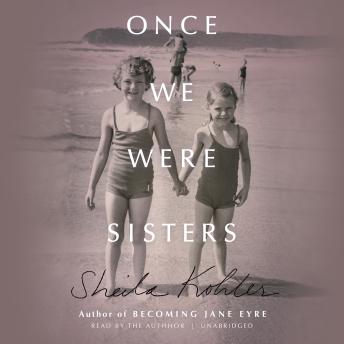 Once We Were Sisters: A Memoir

A beautiful, heartrending literary memoir about the tragic death of the author's beloved older sister and a tribute to their bond.

When Sheila Kohler was thirty-seven, she received the heart-stopping news that her sister Maxine, only two years older, was killed when her husband drove them off a deserted road in Johannesburg. Stunned by the news, she immediately flew back to the country where she was born, determined to find answers and forced to reckon with his history of violence and the lingering effects of their most unusual childhood-one marked by death and the misguided love of their mother.

In her signature spare and incisive prose, Sheila Kohler recounts the lives she and her sister led. Flashing back to their storybook childhood at the family estate, Crossways, Kohler tells of the death of her father when she and Maxine were girls, which led to the family abandoning their house and the girls being raised by their mother, at turns distant and suffocating. We follow them to the cloistered Anglican boarding school where they first learn of separation and later their studies in Rome and Paris where they plan grand lives for themselves-lives that are interrupted when both marry young and discover they have made poor choices. Kohler evokes the bond between sisters and shows how that bond changes but never breaks, even after death.

Once We Were Sisters: A Memoir