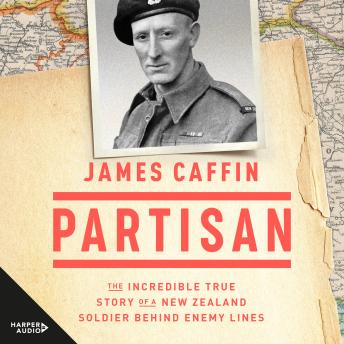 The gripping story of a New Zealand solider who escaped the clutches of a prisoner-of-war camp to join the Yugoslav freedom fighters during the Second World War After a daring escape from a prisoner-of-war camp in occupied Yugoslavia, John Denvir reached the Slovenian capital of Ljubljana, where he joined a partisan band as a machine-gunner. Believed shot and killed by New Zealand forces and his family in New Zealand, from January 1942 until the end of 1943, Denvir led brave and heroic attacks on German and Italian soldiers from behind enemy lines. He was wounded four times, received the Soviet Medal for Valour and was eventually appointed brigade commander. When 'Corporal Frank' was demobilised he returned to New Zealand and became a taxi driver in the small South Island town of Temuka.

Originally published in 1945 and out of print for many years, this is his remarkable true story.

This title is due for release on May 1, 2020
We'll send you an email as soon as it is available!