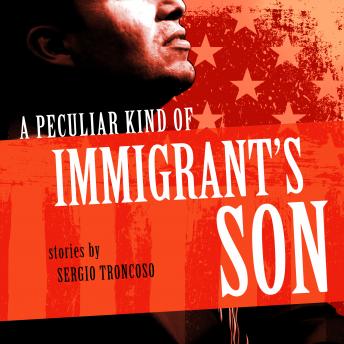 A Peculiar Kind of Immigrant's Son

How does a Mexican-American, the son of poor immigrants, leave his border home and move to the heart of gringo America? How does he adapt to the worlds of wealth, elite universities, the rush and power of New York City? How does he make peace with a stern old-fashioned father who has only known hard field labor his whole life? With echoes of Dreiser's American Tragedy and Fitzgerald's Gatsby, Troncoso tells his luminous stories through the lens of an exile adrift in the twenty-first century, his characters suffering from the loss of culture and language, the loss of roots and home as they adapt to the glittering promises of new worlds which ultimately seem so empty.

I just could not go into the book, despite listening for allmost a third of it. Perhaps for some people it would be different..

Wonderful set of stories highlight the Mexican American (mostly first generation and mostly male) experience, with a little speculative fiction thrown in. These short stories are largely independent of each other, though some are loosely connected through the same characters. I did not find it hard to follow. I couldn't help but notice that everyone in these stories has great sex - all the women (and men) are spectacular at it and do it all the time. If you suffer from feelings of inadequacy in that department, keep in mind - it's fiction! (at least that's what I told myself) The narrator mostly was great, though he does that nasally, whiny white woman voice that I find so annoying but, sadly, not always inaccurate :(