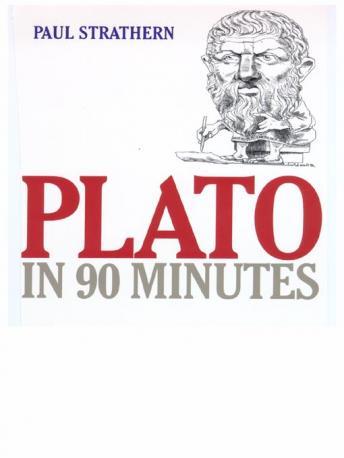 Part of The Philosophers in 90 Minutes Series

In an age when philosophers had scarcely glimpsed the horizons of the mind, a boy named Aristocles decided to forgo his ambitions as a wrestler. Adopting the nickname Plato, he embarked instead on a life in philosophy. In 387 BC he founded the Academy, the world's first university, and taught his students that all we see is not reality but merely a reproduction of the true source. And in his famous Republic he described the politics of 'the highest form of state.'

In Plato in 90 Minutes, Paul Strathern offers a concise, expert account of Plato's life and ideas and explains their influence on man's struggle to understand his existence in the world. The book also includes selections from Plato's work, a brief list of suggested reading for those who wish to delve deeper, and chronologies that place Plato within his own age and in the broader scheme of philosophy.

The 90 Minutes series includes brief but authoritative interpretations of the world's greatest thinkers, deciphering philosophical thought in an entertaining and accessible fashion and making it comprehensible and interesting to almost everyone.

The book was succinctly written and provided an adequate overview of Plato and his contemporaries. Audiobooks is a pleasant option when combing through required reading.

The book did explain Plato. It was a little difficult to absorb it all through. For us Plato newbies, it was a good introduction.

90- minutes is hardly enough time to explain Plato. Don't waste your time, if you are at all interested in this great literary figure.

Not a bad way to get a feel for Plato. I tried reading "The Republic" a few years back, but I didn't get too much out of it. This CD also gives you a fairly balanced perspective on it as well, describing how Plato fits into the big picture.