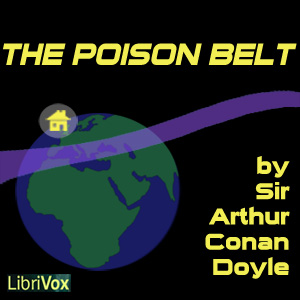 Three years after the events that took place in The Lost World ( http://librivox.org/the-lost-world-by-sir-arthur-conan-doyle/ ), Professor Challenger urgently summons his fellow explorers (Professor Summerlee, Lord John Roxton, and reporter E.D. Malone) to a meeting. Oddly, he requires each to bring an oxygen cylinder with him.

What he soon informs them is that from astronomical data and just-received telegraphs of strange accidents on the other side of the world, he has deduced that the Earth is starting to move through a region of space containing something poisonous to humankind.

Shutting themselves tightly up in Challenger's house, they start to consider what may be done. But as their countrymen start to drop, will their oxygen last long enough to determine and implement a solution? (Summary by Mark Smith)