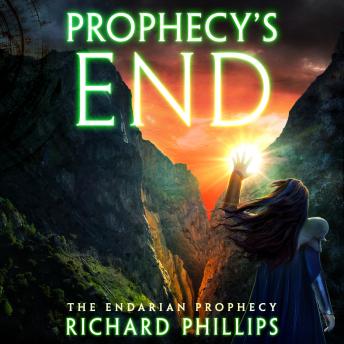 A mage’s ungodly goal: rule among the dead. A noblewoman’s destiny: deliver the kingdom of Endar from evil. The final battle is at hand.

Kragan, wielder of malignant magic, is nearing his ultimate goal. Lorness Carol Rafel is pursuing her millennia-old destiny as well. It has been prophesized that the noble sorceress will destroy Kragan before he lays waste to the kingdom of Endar and reigns as an unholy god.

In Kragan’s favor is the mighty Dread Lord, bound to Kragan’s will, and an army of the resurrected dead that far outnumbers the Forsworn followers at Carol’s side. But Carol has the edge. She and her seer husband, Arn, possess the last remaining pieces of a magical puzzle. In the shards of a shattered trident lies the very key to Kragan’s dark dreams. If Carol and Arn can unleash its undiscovered powers in time to intercept Kragan’s horde. The end is at hand.

The final battle on the besieged fortress is upon them. And Arn’s visions of its outcome are terrifying. As Carol draws on her own increasing forces of magic, more is at stake than she imagines in an endgame in the land of the dead that no one could have foreseen.

This title is due for release on December 8, 2020
We'll send you an email as soon as it is available!