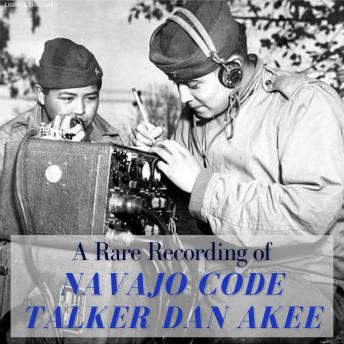 Created in 1942, the Navajo code talker units of the US Marine Corps relayed radio and phone messages in their native dialect during World War II combat operations.

The method was fast and indecipherable to enemy eavesdroppers, as Navajo is an unwritten language of extreme complexity--with its syntax, tonal qualities and various dialects--making it unintelligible to anyone without extensive exposure and training.

It has no alphabet or symbols, and is spoken only on the Navajo lands of the American Southwest. By one estimate, at the time of World War II, the Navajo language was understood by fewer than 30 non-Navajos. Approximately 400 Navajo code talkers took part in every assault the U.S. Marines conducted in the Pacific from 1942 to 1945.

They served in all six Marine divisions, Marine Raider battalions and Marine parachute units, transmitting messages by telephone and radio in their native language. The code was never broken by the Japanese, and its security has been credited with contributing significantly to the capture of Iwo Jima in 1945. The following are two recordings from code talker Dan Akee.

This title is due for release on July 24, 2017
We'll send you an email as soon as it is available!