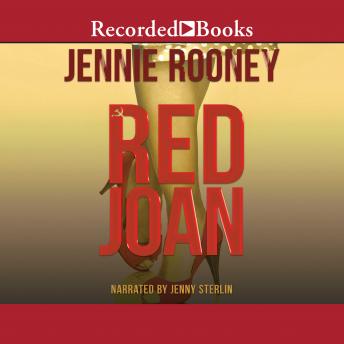 Inspired by the true story of Melita Norwood, a woman unmasked in 1999, at age 87, as the KGB's longest-serving British spy, Red Joan centers on the deeply conflicted life of a brilliant young physicist during the Second World War. Talented and impressionable, Cambridge undergraduate Joan Stanley befriends the worldly Sonya, whose daring history is at odds with Joan's provincial upbringing. Joan also feels a growing attraction toward Leo, Sonya's mysterious and charismatic cousin. Sonya and Leo, known communist sympathizers with ties to Russia and Germany, interpret wartime loyalty in ways Joan can only begin to fathom. As nations throughout the continent fall to fascism, Joan is enlisted into an urgent project that will change the course of the war-and the world-forever. Risking both career and conscience, leaking information to the Soviets, but struggling to maintain her own semblance of morality, Joan is caught at a crossroads in which all paths lead to the same end-game: the deployment of the atomic bomb. Life during wartime, however, is often ambiguous, and when-decades later-MI5 agents appear at her doorstep, Joan must reaffirm the cost of the choices she made and face the cold truth: our deepest secrets have a way of dragging down those we love the most.

This title is due for release on March 23, 2018
We'll send you an email as soon as it is available!