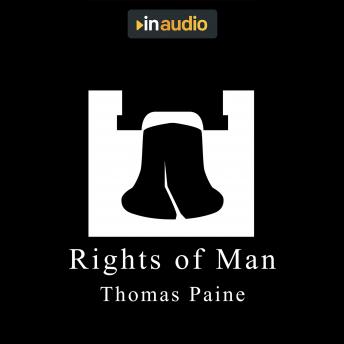 '“Whatever is my right as a man is also the right of another; and it becomes my duty to guarantee as well as to possess.”

In 1789, the people of France decided to overtake the monarchy of their country in favor of a republic. The French Revolution played out like an echo of the American Revolution of the decade prior, with people rising against their governing bodies.

Like the American Revolution, the French revolution had its dissidents and supporters. Thomas Paine was one such supporter, and Rights of Man was his manifesto in support of people fighting for liberty.

Throughout this book’s 31 articles, Paine asserts revolutions are a valid way to rise against a government that does not protect the rights of its people. As one of the most revered political writers of the time, his words were impactful to the success and support of the French Revolution, and remain a fascinating exploration of 18th century political theory centuries later.