The Royal Book of Oz: Unabridged 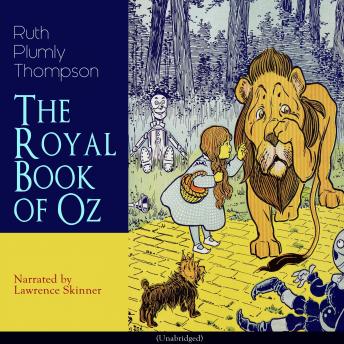 The Royal Book of Oz is the fifteenth in the series of Oz books, and the first by Ruth Plumly Thompson, to be written after L. Frank Baum's death. Although Baum was credited as the author, it was written entirely by Thompson. The Scarecrow is upset when Professor Woggle-bug tells him that he has no family, so he goes back to the corn-field where Dorothy Gale found him to trace his 'roots.' When he fails to return, Dorothy and the Cowardly Lion set out to search for him. They meet an elderly knight, Sir Hokus of Pokes. They also meet the Doubtful Dromedary and the Comfortable Camel. Together, they have several curious adventures while searching for the Scarecrow. In this novel the Scarecrow discovers that, in a previous incarnation, he was human. More specifically, he was the Emperor of the Silver Islands…