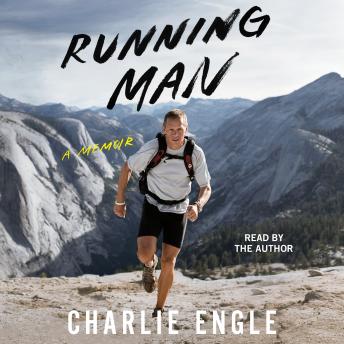 Charlie Engle’s “fascinating account of the high and low points of his life as an ultramarathon runner…is uplifting and inspirational” (Publishers Weekly) as he describes his globe-spanning races, his record-breaking run across the Sahara Desert, and how running helped him overcome drug addiction—and an unjust stint in federal prison.

After a decade-long addiction to crack cocaine and alcohol, Charlie Engle hit bottom with a near-fatal six-day binge that ended in a hail of bullets. As Engle got sober, he turned to running, which became his lifeline, his pastime, and his salvation. He began with marathons, and when marathons weren’t far enough, he began to take on ultramarathons, races that went for thirty-five, fifty, and sometimes hundreds of miles, traveling to some of the most unforgiving places on earth to race. The Matt Damon-produced documentary, Running the Sahara, followed Engle as he lead a team on a harrowing, record breaking 4,500-mile run across the Sahara Desert, which helped raise millions of dollars for charity.

Charlie’s growing notoriety led to an investigation and a subsequent unjust conviction for mortgage fraud for which he spent sixteen months in federal prison in Beckley, West Virginia. While in jail, Engle pounded the small prison track, running endlessly in circles. Soon his fellow inmates were joining him, struggling to keep their spirits up in dehumanizing circumstances.

In Running Man, Charlie Engle tells the surprising, funny, and emotional story of his life, detailing his setbacks and struggles—from coping with addiction to serving time in prison—and how he blazed a path to freedom by putting one foot in front of the other. “A fast-paced, well-written account of a man who accepts pain, pushes beyond imagined limits, and ultimately finds redemption and peace” (Booklist), this is a raw and triumphant account about finding the threshold of human endurance, and transcending it.