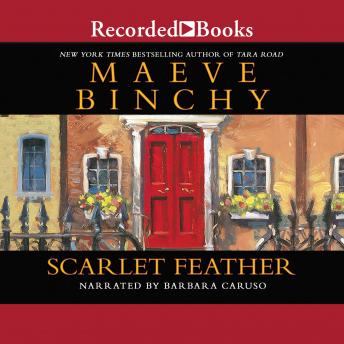 They met in cooking school-and became fast friends with a common dream. Now, Cathy Scarlet and Tom Feather hope to take Dublin by storm with their newly formed catering company, aptly dubbed 'Scarlet Feather.' Not everyone, however, shares their optimism. Cathy's mother-in-law disapproves of both Cathy and her new 'hobby,' while Cathy's husband Neil pays no mind to anything - except his work as a civil rights lawyer. And then there's Tom's family, who expect him to follow in his father's footsteps, and an ambitious girlfriend who's struggling with career dreams of her own. Between friends and families, ups and downs, heartaches and joys, Cathy Scarlet and Tom Feather are about to embark on the most maddening - and exhilarating - year of their lives.

This title is due for release on April 22, 2011
We'll send you an email as soon as it is available!